The Working MoonEvery magikal practitioner should know which days to work and which to take off. Which moon phases are best for what kind of casting and which are for rest. These guidelines are not cast in stone and certainly if you have a friend in dire need of healing, you don’t need to wait until the next Waxing Moon to cast. But for some of the best results, here are a few guidelines, interesting tid-bits, and helpful information.

To find out more from this article The Pagan’s Path

The Waning Moon (from the Full Moon to the New) is a time for study, meditation, and little magical work (except magic designed to banish harmful energies).

Taurus: Things begun now last the longest, tend to increase in value, and become hard to alter. Brings out appreciation for beauty and sensory experience.

Moon phases depend on the position of both the Sun and Moon with respect to the Earth. The 4 primary phases of the Moon are: new, first quarter, full and third quarter.

A new moon is the moment when the Sun and Moon are in conjunction, meaning that the Sun and Earth are on the opposite sides of the Moon.

A New Moon cannot normally be seen from the Earth since only the dark side of the Moon faces the Earth at New Moon. Sometimes, if the New Moon is close to the Lunar nodes of its path, it causes a Solar Eclipse.

A few days after the new moon phase, the Moon will be visible again in a phase that lasts until the first quarter, called waxing crescent moon. The initial period, just after the Moon becomes visible, is sometimes called new moon, although it has another definition. Although only a small part of the Moon may be illuminated by the Sun, the rest of the Moon may also be faintly visible, due to a reflection from the Earth to the Moon, called earthshine. The waxing crescent moon is most visible after sunset. The first visual sight of the waxing crescent moon determines the beginnings of months in the Muslim calendar.

During the first quarter, half of the Moon is illuminated, as seen from the Earth. The Moon rises near the middle of the day and sets near the middle of the night. In northern regions of the world, the right part will be visible, while the left part will be visible in the southern regions. Near the equator, the upper part is bright after moonrise, and the lower part is bright before moonset (the bright part appears and disappears first).

The waxing gibbous moon occurs between the first quarter and the full moon. The sun illuminates more than half of the Moon’s surface during this period.

Full moon appears when the Sun and the Moon are on opposite sides of the Earth. As seen from Earth, all of the Moon’s surface will be visible.

The period between full moon and third quarter is called waning gibbous moon. The portion of the visible half of the Moon illuminated goes down from 100 percent to 50 percent during this period.

The waning crescent moon is the period between the third quarter moon and the next new moon. It is most visible before sunrise. The Sun illuminates less than half the Moon during this period. When only a small part of the Moon is visible, it may be possible to see earthshine on the dark side of the Moon.

A lunation is a cycle of the Moon. It starts at new moon and lasts until the next new moon.

On average, it takes the Moon 29 days 12 hours 44 minutes to go from one new Moon to the next. This time frame is called a synodic month. The duration of a synodic month varies from one lunation to another, most importantly because the orbit of the Earth and Moon are ellipses rather than circles, where the orbit speed depends on how close the orbiting object is to the mass center. For example, the Moon moves faster when it is closest to the Earth. Some years, such as 2004, have relatively small duration differences throughout the year (five hours difference between minimum and maximum duration), while the year 2008 will have larger differences (more than twelve hours).

The Witches Almanac for Friday, May 1st, Beltane

The Waxing Moon is the ideal time for magick to draw things toward you. 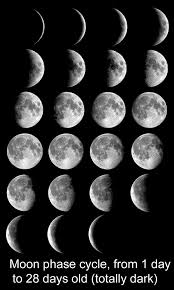 The Moon goes through four different phases every 29 days.

The full (Mother) Moon-this lasts from one night before until one night after the date the Full Moon is shown on a regular calendar. A full Moon is used to bring things to you. A good time for spells for your income to increase, protection for yourself, someone else or your home, etc. It is the best time to consecrate a Ritual tool, hold a Handfasting, marriage or Wiccaning.

Next comes the Waning Moon. This period lasts from the second night after the full Moon until one night before the New Moon. During this period, it is a time to send things away from you such as a build up of negativity around you or to charm an object to help you control a bad habit.

Then comes the New (Crone) Moon. This phase is from one night before until one night after the date the New Moon appears on a regular calendar. This is the time when being able to banish or send away bad habits, negative energy, do a house cleansing, etc.

Lastly is the Waxing Moon. This is a time of new beginnings and to bring good things to you. Use it to start a new project or job or getting to know someone better, etc. It is also a good time for a marriage or Handfasting. To charm an object to carry with you for protection or to do a house blessing, etc.

Remember every time you do a spell or charm an object what energy you send out comes back to you three times as strong-The Law of Three. 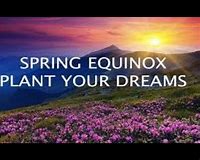 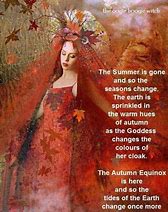 For Your Listening Pleasure

Different Types of Horoscopes for All Sun and Chinese Zodiac Signs