Use this link for youtube.com if you are interested in seeing and hearing about Ottawa, Illinois, USA and the historic things that happened here in the past. Just copy and paste this link into your internet browser : https://www.youtube.com/watch?v=P0OJI2OUYns&t=400s

March’s full moon is commonly called the Full Worm Moon. This is because of the earthworms that wriggle out of the ground as the earth begins to thaw in March. Here’s a little known fact about March’s full moon: it was called the Worm Moon only by Southern Native American tribes. In fact, there’s no way the Northern tribes would have ever called it the Worm Moon – and the reason why is fascinating.

Essentially, earthworms did not exist in Northern America. It would be literally impossible for Northern tribes to see worms popping up in March. All the earthworms you see in Northern America today are invasive species brought in by colonists. These earthworms were brought over either out of a misguided intent to help fertilize the soil, or as an accident along with transported plants or the soil used for ballast in ships. Little did the colonists know that during the last ice age, glaciers had spread so far across Canada and the northern parts of the United States that all earthworms had been completely wiped out.

When the deep ice melted 12,000 years ago, the native forests in those areas grew back and adapted to the loss of earthworms. The growth of these forests became dependent on a layer of duff, which is a compost layer comprised of decomposing leaves and other rotting organic matter. If you ever visit one of these native forests, you will be asked to clean your shoes and make sure it’s free of earthworm eggs. That’s because while it’s normally harmless everywhere else, earthworms will aggressively destroy the native forest’s duff layer by eating right through it.

This is why in Northern American tribes such as the Shawnee tribe, the Worm Moon is called the Sap Moon instead, as a reminder for the tribes that they can begin tapping maple syrup. In general, March’s full moon is known as a herald for the beginning of spring and new agricultural cycles. The Anglo-Saxons even used the Worm Moon as a way to predict the state of their crops. They called it the Storm Moon if it was stormy, which was a sign that their crops would fail. But if it was dry, they called it the Rugged Moon, an indication of a bounteous harvest.

One of its other names is the Chaste Moon, symbolizing the purity of early spring. The Pueblo tribe named it the Moon When the Leaves Break Forth, while in Shoshone culture it was known as the Warming Moon. Sometimes it is called the Crow Moon, after the crows and other birds that appear as winter draws to a close. Other times, it’s called the Crust Moon, because of the snow that becomes crusty when it thaws in the sun and freezes in the moonlight.

In India, March’s full moon is also seen as a symbol of the arrival of spring, and coincides with the festival of Holi. This is a riotous party where Indian communities all around the world engage in a huge water fight. Everyone goes out into the streets and sprays each other with colored water and powders, singing and dancing with strangers and loved ones alike. Playing and feasting together is a chance for you to repair relationships that have gone bad, reaffirming your existing social bonds as you move forward together into the new year.

Local Date and Time for March 2021 Full Moon in major cities around the world:

I am in another bad fibromyalgia flare . So it is very difficult to type or even using a styles on my tablet. Unfortunately I cannot post much as I would like to about Ostara being celebrated in the Northern Hemisphere and Mabon in the Southern Hemisphere. Thank you in advanced for your understanding and support.

Blessed be dear ones!

Celebrate the power of love and friendship with this power spell.

Take a spring picnic under the moon and stars. Gather together a great picnic dinner with plenty of finger foods and beverages. Share the picnic with the ones you love and find a safe and private place to dine after dark. Draw a magick circle around your picnic area, and call in the elements. Set up your picnic. Pour everyone something to drink and say this toast to those you love before you begin eating:


Identify star constellations with a glow-in-the-dark star chart or select a favorite star. Have fun and enjoy your adventure under the night sky. When you are finished picnicking, bid farewell to the elements, pull up the circle, and leave the area as undisturbed as possible.

Blessed be dear ones. My wish for you is that today is an awesome for you and yours.

Thursdays are good days for travel and change. It’s the perfect day to re-arrange the furniture of your house and gain a new perspective on something. Even if you are not able to do any traveling on this day, you can still use Thursdays to do spells for travel. You can even do spells for positive change, and re-arrangement of your life. It’s a good idea to exercise on this day, as well. That way, your body can be in-shape by the time Friday comes

Things you will need:
1 sheet of paper
1 pen or pencil
1 green candle
1 lighter or match
Light the green candle and think about how you want your life to change. When you are ready, draw a cross symbol on the sheet of paper with the pen or pencil. Label each corner of the cross with the first letter of the four directions on Earth. For example: “N” for North and “E” for East. Above the cross, write the word, “CHANGE.” Now, take your pen or pencil and place it in the center of the cross. Draw a swirl, counter-clockwise, three times. Then, take the pen back to the center of the cross and draw, clockwise, three times. Now, blow out the candle. After doing that fold the paper up and safely burn it or toss it in a body of water. After a few days, you should feel the changes you wanted to start happening.


After about a week or so, you will notice a good deal of the re-arrangement you wanted.

A Witch’s Week of Spells and Activities
Helga C. Loueen 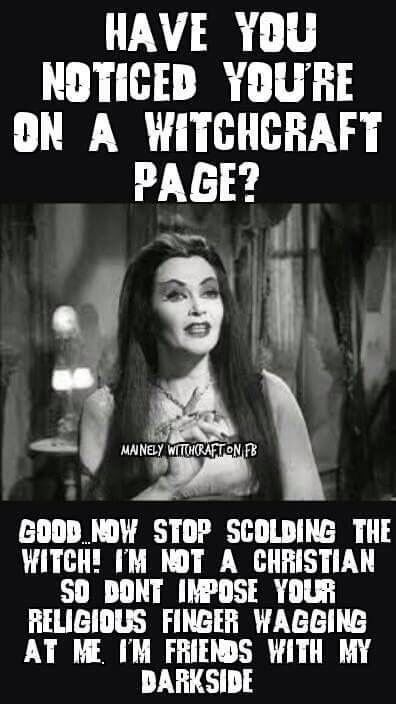 This comes to us thanks to Lady of the Abyss. Originally posted on WOTC on June 10, 2018.

I don’t know about any of you but I still think of our dear sister and mentor daily. Her wit, knowledge, love, and friendship are truly missed.

Use for wand selection, divination tools (runes/ogham), days to work specific magick with wood chips, wood bits to place in spell pouches along with herbs, etc.

Northern Hemisphere Next Sabbat Ostara/Spring Equinox March 20 at 4:37 am CDT