What Is A Crystal Grid? (In A Nutshell)

A crystal grid is a way to work with crystals that usually involves arranging them into geometric shapes or patterns. Crystal Grids often incorporate sacred geometry in their design, such as the Flower of Life.

They sometimes use a base such as a printed cloth or paper, engraved wooden board or a copper plate. This may be called a crystal grid template. You don’t have to use a grid template but it depends on the grid sometimes. 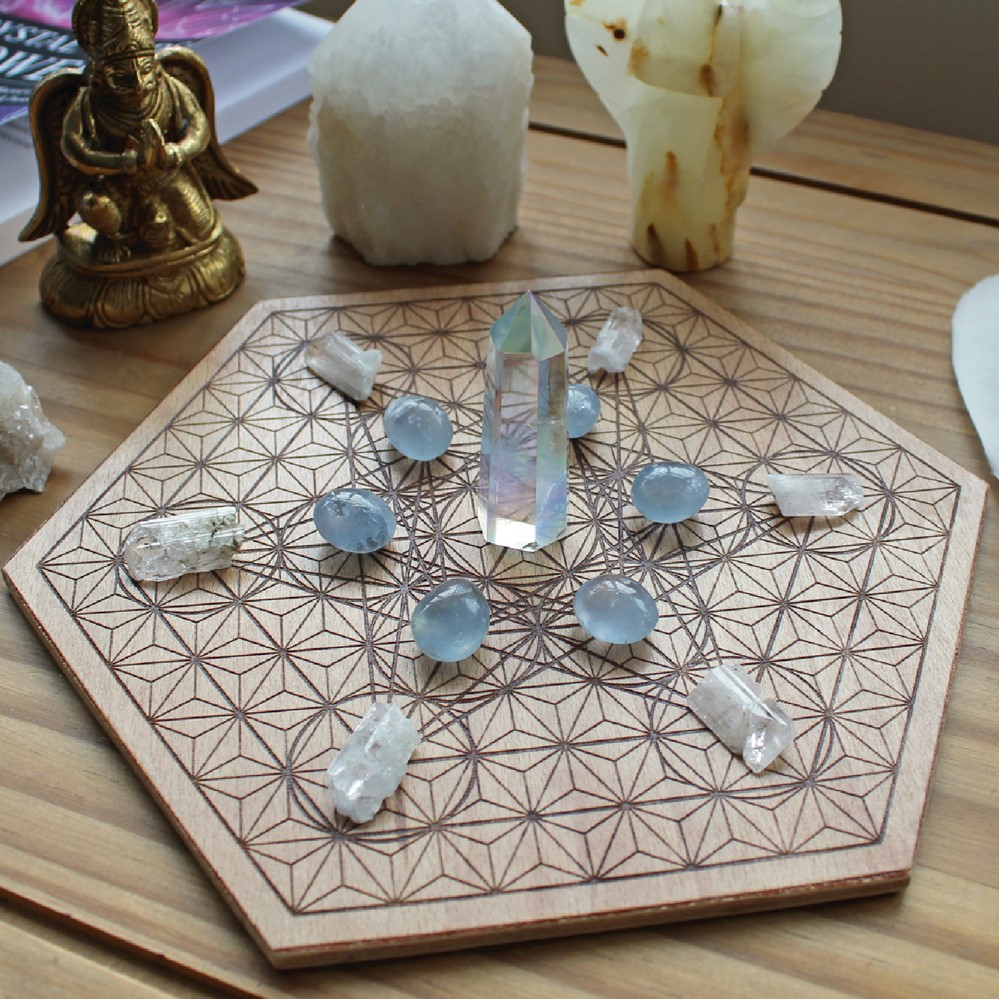 What Is A Crystal Grid Used For?

Crystal Grids are made for many different purposes. They can be purely spiritual in nature or more down to earth. They could be used for healing, protection, prosperity, love, manifesting and anything you need help with.

Crystal grids harness the energy of groups of crystals and sacred geometry, to create a shift in energy and…

The Bird Goddess is one of the most ancient goddesses, both a living-giving creator and goddess of death and regeneration. The Valkyrie, a northern European goddess, is a representation of this goddess as death wielder, The bird guise of the Valkyrie is that of a raven, long associated with death and magic. The name Valkyrie means “chooser of the slain”; the face and form of the Valkyrie are the last thing a person sees before death, Valkyries are the psychopomps who lead the soul to the afterworld. For ancient people death was part of a cyclical process leading again to rebirth; black was a positive color, a symbol of fertility and abundance, The Valkyrie represents that part of us that is unafraid of dark places; she can lead into and through them. She reminds us that seeds germinate in the darkness, that sometimes we need darkness in order to grow.

More Information on The Bird Goddess

Images of The Bird Goddess