When I was a baby pagan witch, I had no idea what people meant when they said the gods or spirits speak to them.  I’d never heard voices, either out loud or in my head.  I didn’t understand what they meant until I experienced it myself.  For me, it’s a lot like hearing my cat’s voice in my head.

How Magical Are You According to Your Sun Sign?

Do you believe in real magic? And by magic we mean serendipity, messages, signs, odd happenings, mysterious manifestations, and getting what you want with the power of your mind. We’re all magical to some degree but how magical are you according to your sun sign?

To see more images from a general search on bing.com please click on this link: Snow/Frost Deities

We had our first snowfall in the Chicagoland area of Illinois, USA. So I figured it was time to introduce a variety of SNow or Frost Goddesses and Gods. Has anyone else gotten snow yet? If you have please tell us whereby country or an area of the state you live in. Please do not put your exact town/village/city in the comment for safety reasons. Thank you! HAppy snowperson building!!! The list below is from many different countries and traditions. I will post some pictures of our snowfall here as soon as I get them from cell/mobile phone to my computer. Mother Earth looked like a beautiful wonderland to me this morning :0}

It’s the end of August, and the gods and goddesses of snow are starting to stir in their beds. This past weekend snow was in the forecast for the higher elevations of Montana, Wyoming, and Colorado. Yes, boys and girls, it’s coming.

‘Gods and goddesses?’ you say. ‘I thought it was all about Ullr!’

Well, not really. Sure, the Nordic deity is the one who gets all the press. Even the most staunch unbelievers aren’t shy about trying all sorts of things to get him to deliver snow during ski season. But Ullr isn’t the only god of  snow out there. Plenty of other cultures have them, too. So if you want to hedge your bets, here are a few others you might want to direct your attention to:

Chione (Khione): The goddess of snow in Greek mythology. Chione was a daughter of Boreas, god of the wintry north wind. She was also the consort of Poseidon, god of the sea.

Itztlacoliuhqui: No, I have no idea how this is pronounced, but the Aztecs had a god of snow, who was also the god of frost, ice, cold, winter, sin, punishment and human misery. Illustrations show his face as a piece of finely curved black obsidian. Some say this reflects his blindness to the hardship inflicted on farmers by a bad, crop-destroying frost. According to legend, Itztlacoliuhqui started off life as the god Tlahuizcalpantecuhtli (Lord of the Dawn, Venus) who, after a shooting match with the Sun God Tonatiuh, was punished and transformed into Itztlacoliuhqui, the god of stone and coldness — which is why it’s always cold at dawn.

To look at the rest of the list this author shared please click on this link: Goddesses and Gods of Snow 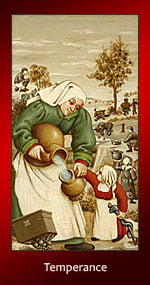 Love arrives today in the form of a mature and balanced partnership in which two people give as much as they get. They share their dreams. Be content if this is what you have. If a partnership is undergoing a rough patch at this time, balance comes in the form of compromise. It is easier to attain, and it works. This is especially true when we are slow to forgive and forget.

Is it true love? 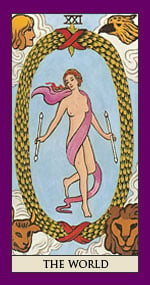 The World card, regarded as the most fortunate card in the major arcane, is a symbol for all that we can accomplish on our path through life, for perfection, beauty, success, and public recognition. This is where the cycle ends and begins again. Happiness and wholeness are key elements that provide a sense of physical, emotional, and spiritual well-being. Signaling accomplishment and reaching of one’s goals, the World card makes us aware that in completing this cycle we are ready to embark on a new adventure. We are prepared and preparing for another journey with higher awareness, knowing that active engagement and service are called for. In a negative situation, this card can point to major obstacles in our path, to setbacks, to loose ends we have left untied as well as lack of commitment.

Should you hold on or move on?

Visit Our Other Site