Moldavite is a very popular stone among witches, mystics and healers. It is considered a high vibrational stone, so much in fact that the term “Moldavite Flush” was coined for the experience of the energetic warmth that tends to flood many people when holding it. The stone today is believed to enhance psychic and healing abilities, give access to the Akashic Records, accelerate the personal evolution of the light body, induces astral projection and shamanic journeying and open one up to higher levels of compassion. Moldavite is believed to stimulate all the chakras, with particular focus on the heart chakra. Just as moldavite is the union of heaven and earth, so is the heart chakra the union of higher and lower chakras. However, it has a rich history in occult lore that many are unaware of.

I feel this fits right in with our topic for next week. If you come across any Celtic blessings, prayers, or symbols email them to covenlifescoven@gmail.com in the subject line please put For Celric Studies. Thank you, Lady Beltane

Something to keep in mind when exploring Celtic Gods and Goddesses family trees is the people who called themselves or where given the name Celtic in later years come from a wide variety of places stretching from Turkey to Germany and onto the what is now known as the British Isles (Wales, Ireland, England, and Scotland). Each of these tribes had a few of the same deities but known y different names and some of the Celtic deities were now only in a specific region. So I will present to you here a few of the better know pantheons and give you the links to where I found the pictures of the family trees so you can explore further on your own.

Here is one version of the Celtic Deity family tree:

Here is a link to images on bing.com of other Celtic deity family trees for you to check out: Celtic Deity Family Trees

his is a brief overview of the Celts and their spiritual beliefs.  Most people think of Ireland when they hear the word “Celtic”.  However, the Celts were groups of tribal people who inhabited not only Ireland, Wales, Scotland and England but also Europe and Asia Minor.  They had complex and varied groups of societies and religious customs which varied widely from group to group.

Because the ancient Celts did not leave many written records, much of our knowledge comes from second hand sources.  These include the writings of Greek and Roman observers and Christian sources.  These sources brought their own understandings, beliefs, prejudices and explanations to the information they provided.  Seen as “barbarians” by many of these of observers, the Celts were fierce warriors.  They were known as “quarrelsome”, “high-spirited” “proud” and “insolent” by some of their observers.  This they may have been, but they were also highly skilled artisans, miners, builders, farmers and merchants.

Much of their knowledge was passed down through the oral tradition …

To read the rest of this article please click on this link: Celtic 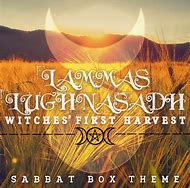 Visit Our Other Site

Daily Correspondence Tables from The Witchipedia